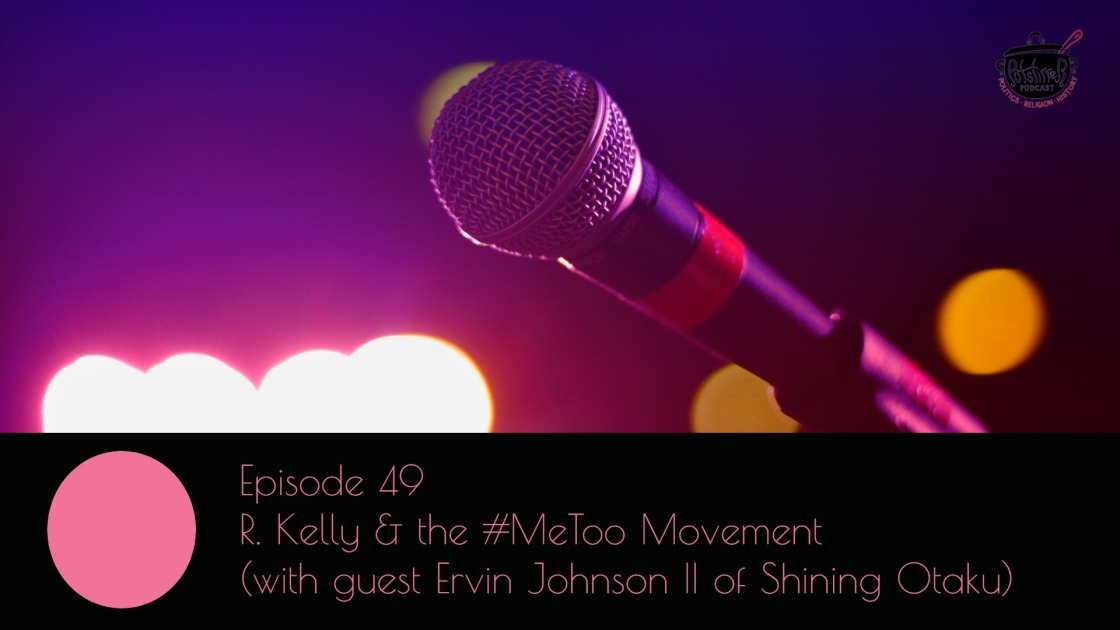 R. Kelly has been an R&B superstar for two decades, with hit songs such as “I Believe I Can Fly” and “I Wish,” and winning several music awards, including three Grammys. But while Kelly has enjoyed mainstream success, throughout his career, he has been plagued by allegations of sexual involvement with underage girls and inappropriate, abusive relationships with women and girls.

R. Kelly has not been convicted of any crime related to the sexual misconduct and abuse allegations, and he has denied all accusations.

In this episode, Jaye discusses the R. Kelly documentary with her brother, the author of Gods of Life and co-owner of Shining Otaku Comics, Ervin Johnson II. Jaye and Ervin talk about Kelly’s history, the #MeToo movement, and women’s empowerment. The episode also includes a “palate cleanser” segment where they discuss manga (Japanese comics), Shining Otaku Comics, and Gods of Life.